Allen Johnson Jr. is currently working full-time as an employee of one of Gentis’ clients, but he started as a W-2 employee working for the staffing and talent solutions firm, contracted to Acosta as a Sr. IT Auditor.

“I’ve always done direct hire type positions,” Johnson Jr. said, and he voiced his concerns to Gentis reps Josh and Meg. “What if they don’t like me.”

Not only was working as a contractor new to the northeast Florida resident, the Gentis video process was unfamiliar as well.

“I’m used to the traditional, go in and sit in front of the firing squad and answer the questions,” Johnson Jr. said. “You still meet with these individuals but it’s all virtual.”

However, his recruiter and the account manager at Gentis were able to explain the opportunity and process so that he and his family could feel comfortable.

“Josh and Meg were great with explaining the process to me from beginning to end,” expressed the father of two daughters. “Through the process, it was great.”

Getting Hired
“I think it was a really good match,” said Meg Glisson the account manager who worked directly with the hiring manager said. “(The hiring manager) was super interested right away and she moved it right up, I think, pretty quickly.”

Allen’s profile was reviewed by the hiring managers boss and then both of their supervisors but Johnson Jr. was game, “Allen just went with the flow and made it work,” remarked Glisson. “That’s the best thing, it was a great match.” 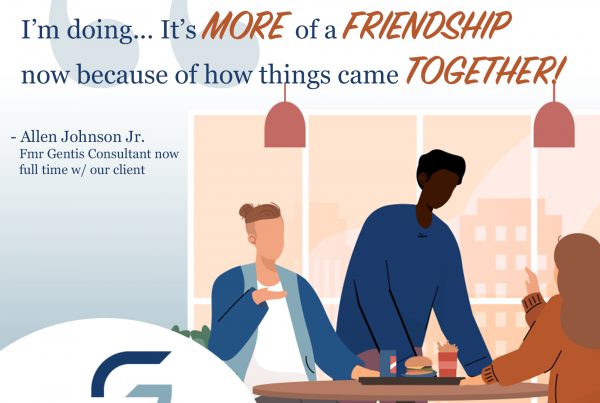 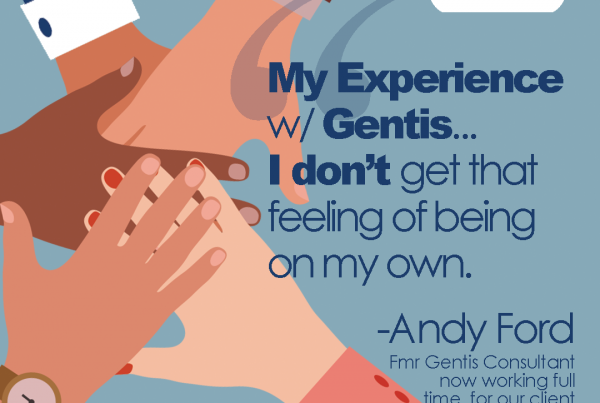 About UsWorking with Gentis

Daniel Moore, CEO – We Are Hiring!